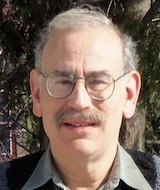 The recent trend toward favoring the STEM (science, technology, engineering, and mathematics) disciplines over the humanities is a manifestation of a centuries-long struggle between quantitative fields of inquiry like physics and mathematics and qualitative fields like art and literature. In his monumental cycle of novels, The Human Comedy, Honoré de Balzac (1799-1850), one of the greatest of all French writers, brilliantly dramatizes this struggle, as his portrayal of humanity owes much both to qualitative notions of character, morality, and psychology and to quantitative notions like that of the “average man” (l’homme moyen) developed by his contemporary, Belgian statistician and sociologist Adolphe Quetelet (1796-1874). This talk will delve into one of Balzac’s most thought-provoking novels, The Search for the Absolute, the story of a chemist who sacrifices his marriage, his children, his place in society and ultimately his humanity to the failed quest for what he believes to be the single chemical component common to all materials. In this love story between a once-devoted husband and father and his adoring but ultimately disabused wife and daughter, the conflict between two fundamentally opposed notions of human values brings out compelling and surprising truths that help us to understand what is at stake today as we attempt to balance these opposing schools of thought.

Richard Goodkin has been a member of the Department of French and Italian since 1988. He previously taught at Yale University. He has published monographs on seventeenth-, nineteenth-, and twentieth-century French literature, including The Tragic Middle: Racine, Aristotle, Euripides (1991), Around Proust (1991), Birth Marks: The Tragedy of Primogeniture in Pierre Corneille, Thomas Corneille, and Jean Racine (2000), and How Do I Know Thee? Theatrical and Narrative Cognition in Seventeenth-Century France (2015), this most recent book having been supported by a Guggenheim Fellowship. He has also edited two collections, Autour de Racine: Studies in Intertextuality (Yale French Studies, 1988) and In Memory of Elaine Marks: Life Writing, Writing Death (2007), and recently published his first novel, Les Magnifiques Mensonges de Madeleine Béjart (2013), a historical novel about Molière’s mistress and collaborator. The present talk is taken from a book project entitled Connecting the Dots: The Calculus of Personality in French Fiction and Film, for which he received a Senior Fellowship at the Institute for Research in the Humanities (2009-2014).