The Chinese Must Go: Immigration, Deportation, and Violence in the 19th-Century American West 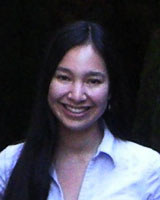 This project examines the dramatic and formative moment in American history when the federal government made its first major effort to control the movement of people across its borders—and failed. The result was America’s first illegal immigrants and a grassroots uprising against them. In 1882, the Chinese Restriction Act barred Chinese laborers from immigrating to the U.S., but implementing this policy proved impossible. When the federal government failed to stop illegal immigration across the U.S.-Canada border, white locals reacted violently, systematically expelling their Chinese neighbors. I trace this story of exclusion and expulsion: how immigration policy instigated racial violence and how racial violence transformed immigration policy. I argue that Chinese Exclusion was not a top-down policy; rather, it was a tortured process, in which federal failures became local problems and local crises had national and international ramifications.

Beth Lew-Williams is a doctoral candidate in the Department of History at Stanford University. Her interests include Asian American history, ethnic studies, and the American West. She has received fellowships from the Andrew W. Mellon Foundation, American Council for Learned Societies, the Stanford Humanities Center, and the George P. Shultz Fund in Canadian Studies.