The Lost Art of Literary Criticism

What did it mean to be a literary critic in 1960, and what does it mean today? Kaplan will explore the life and career of Germaine Bree (1907-2001), reflecting both on her key role in bringing Albert Camus’s fiction to American readers, and on her clear-eyed engagement with “French theory” at the onset of the great culture wars of the 1960s and 1970s.

Alice Kaplan was born in Minnesota and educated at U.C. Berkeley and Yale.  John M. Musser Professor of French and Chair of the French Department at Yale, she works at the intersection of literature and history. Her teaching and research have focused on the Second World War, the Algerian War, and on the writers Céline, Proust, and Camus. She is a former Guggenheim Fellow, a member of the American Academy of Arts and Sciences, and a recipient of the French Légion d’Honneur as well the Los Angeles Times Book Prize in History (for The Collaborator) and the Henry Adams Prize (for The Interpreter). Her most recent book, Looking for the Stranger: Camus and the Life of a Literary Classic, was a finalist for the National Book Critics Circle Award (criticism) and the Prix Médicis (essay). 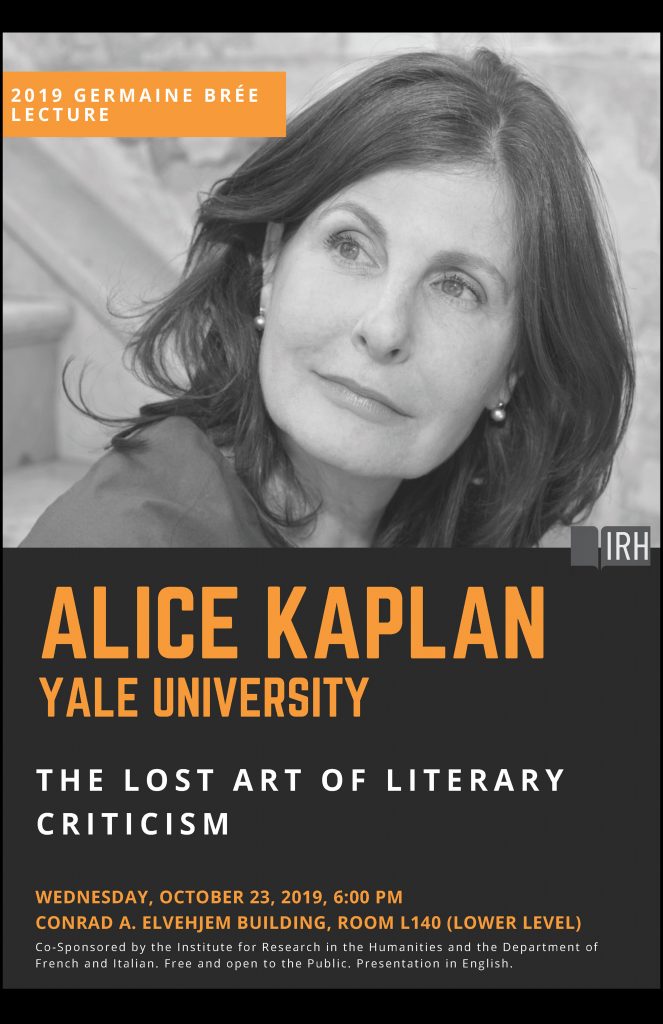