The Secret Animation of Black Music 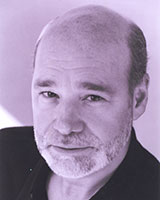 For more than 150 years, US black music has stood at the center of the American entertainment industry, frequently proclaimed to be the driving force in popular expression. Why has this been so? Why do so many people think black music is so entertaining, so important, so valuable? Why, moreover, has this perception been so widely embraced around the world? My presentation will tackle the problem head-on, proposing that matters of black musical value are not simply musical matters. They are embedded in the very processes by which racially conceived musical forms have been constituted within and against the forces of capitalism, which, in turn, have given to black music a uniquely “animated” valuation.

Ronald Radano is a Professor of African Languages and Literature and Music at UW-Madison. He is the author of two award-winning books, New Musical Figurations: Anthony Braxton’s Cultural Critique (Chicago, 1993; Italian translation, forthcoming) and Lying up a Nation: Race and Black Music (Chicago, 2003), and co-editor of Music and the Racial Imagination (Chicago 2000) and Audible Empire: Music, Global Politics, Critique (Duke, in print). His work has appeared in numerous journals, including Musical Quarterly, Daedalus, Critical Inquiry, Modernism/Modernity, and Radical History Review. His discussion of black musical value will also appear in the February 2016 issue of boundary 2. He is co-editor of two book series, Refiguring American Music (Duke) and Chicago Studies in Ethnomusicology (Chicago). Radano has held research residencies and fellowships at numerous institutions, including the Du Bois Institute (Harvard), the Smithsonian Institution, and the University of Pennsylvania (as a Rockefeller Fellow). He was a Guggenheim Fellow in 1997-1998. He is at work on a project entitled “The Secret Animation of Black Music.”