The Wandering Text: Books and the Imperial Migration Machine in the Early Roman Empire 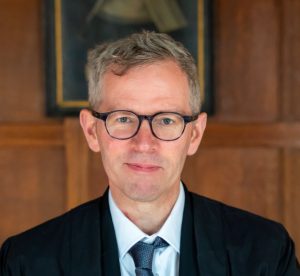 The Roman Empire was a migration machine: it constantly circulated people, objects, money, cults. This paper looks at the Greek novels (usually thought to be located firmly in the classical Greek past, though written in Roman times) as centrally defined by an obsession with the traffic in humans and goods. Indeed, I shall argue, the Greek novel is — in its fundamentals — a genre designed for migration.

Tim Whitmarsh joined the Cambridge University faculty as Leventis Professor of Greek Culture in October 2014, after holding professorial posts in Oxford and Exeter. Tim works on all areas of Greek literature and culture, with a particular emphasis on the culture of Greeks under the Roman Empire. He has also written on religion and atheism in the ancient world, and on identity issues.