The Work of Sex in the Age of Digital Reproduction: Gerard & Kelly’s Kisses 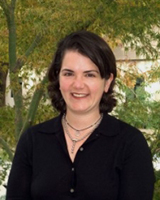 2015 Gender Studies and the Humanities Lecture:

The lecture analyzes how Tino Sehgal’s museum installation “Kiss” establishes the normative temporal scheme of contemporary heterosexual sex, and how a series of performances by Brennan Gerard & Ryan Kelly (who work as Gerard & Kelly) comment upon and transform that scheme. Especially at issue is the role that the rhythms established by synchrony, reciprocity, and endurance play in the discourse of “good” sex gay and straight, and the role of arrhythmia in fostering queer sexual possibilities.