Toypurina and the Hidden Histories of California 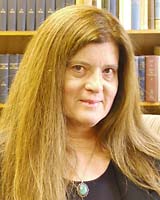 In 1785 a young Tongva woman named Toypurina led a revolt against the Spanish mission at San Gabriel, near a newly founded pueblo whose name was later shortened to Los Angeles. Toypurina, this research shows, was not only a recognized shaman but an early prophet of a regional religious movement of moral renewal. Prophecies of this movement, sacred and secret, helped ignite a series of little-known indigenous revolts over multiple generations, and directly inspired the far better-known prophetic movements of the late 19th century collectively known as the Ghost Dance. Tracing Toypurina and her descendants over more than two centuries reveals hidden histories of California and the American West, from early encounters with Spanish soldiers and missionaries to present-day revitalization movements and actions by indigenous descendants and their allies in defense of sacred lands. This paper will focus on Toypurina and her cultural legacies and consider the interplay of historical and ethnographic methods, fieldwork in the archives, and the intergenerational circulation of cultural knowledge among indigenous descendants, scholarly researchers, and other Southern Californians.

Maria Lepowsky, a Resident Fellow at the Institute for Research in the Humanities, is Professor of Anthropology and Gender and Women’s Studies at UW-Madison and a faculty affiliate of UW’s Center for Culture, History, and Environment and the Holtz Center for Science and Technology Studies. She received her AB, MA, Ph.D., and MPH degrees at the University of California, Berkeley. Her research and teaching focus on gender, historical anthropology, the interplay of culture and environment, mythology and ritual, the history of anthropology, and psychological and medical anthropology. She has conducted longterm ethnographic and archival research in the Pacific Islands and California. She is the author of Fruit of the Motherland: Gender in an Egalitarian Society, the first anthropological account of one of the world’s most egalitarian societies, on the small island known to its inhabitants as Vanatinai, n the Coral Sea east of New Guinea. She has written a memoir of her island research, Dreaming of Islands (forthcoming), and completed research for a book on early encounters between islanders and Europeans on the Coral Sea frontier and their cultural consequences. Her fascination with the ongoing legacies of such early intercultural encounters led her to research on the indigenous people of the Los Angeles Basin, the Tongva (Gabrielinos) and their neighbors, the Acjachemen (Juaneños), and the legacies of their catastrophic encounters with Spanish, Mexican, American, and other newcomers over multiple generations. This is the subject of her book in progress, Toypurina and the Hidden Histories of California. She has been supported in her research on California by Andrew Mellon and Huntington Library Fellowships, the Wenner-Gren Foundation for Anthropological Research, the Haynes Foundation and Historical Society of Southern California, the Autry National Center for the Study of the American West, and the Graduate School and William F. Vilas Trust of the University of Wisconsin, Madison.