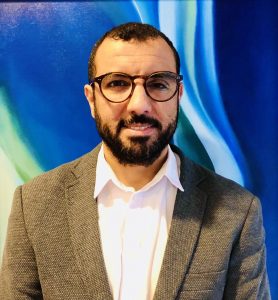 My project examines the history of the Indian Claims Commission (ICC, 1946-1978), as an early effort of historical redress, and its implications for traditional land and treaty rights of the Shoshone peoples in Nevada, and by extension Native Americans’ longstanding efforts to regain their historical lands. I explain why the ICC, as a moment of possibility for historical reckoning with Indigenous dispossession, devolved into a settler colonial mechanism when a Native American nation began reclaiming their ancestral land and treaty rights. In a two-pronged approach, I argue that instead of settling Western Shoshone historical demands, the ICC became deeply unsettling. Against this backdrop, my project moves beyond the centrality of the ICC in federal Indian law to uncover silenced stories of Indigenous peoples, with an emphasis on the resilience of Native American women against the ICC politics of phony redress. Rather than remaining passively acquiescent to the process of litigating their land claims and nullifying their treaty rights, I suggest, the Western Shoshone sisters Carrie and Mary Dann creatively defied U.S. definition of land ownership and reimposed their own understanding of indigeneity and what historical reparation meant to them.

Baligh Ben Taleb is currently an ACLS Postdoctoral Fellow in Race, Ethnicity, and Indigeneity, at the University of Wisconsin-Madison. He earned his Ph.D. (with distinction) in History at the University of Nebraska-Lincoln (UNL), an M.A. also from UNL, and B.A. (Honors) in English and American Studies at the University of Tunis. He is at work on a book project that examines the history of the Indian Claims Commission (1946-1978) and its implications for American Indians’ longstanding efforts to regain land that they have lost over several centuries. Baligh has presented segments of his project at prominent national and international conferences, including the Western History Association, the American Society for Ethnohistory, Native American and Indigenous Studies Association, Cambridge University (UK), Columbia University, and Heidelberg Spring Academy in Germany.