Venerating the Sage: The Rise and Fall of a Shrine to Confucius 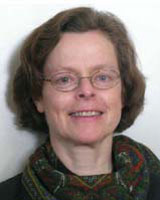 Professor of Art History and Senior Fellow, Institute for Research in the Humanities (2009-2011), UW-Madison

Recognized throughout the world as a symbol of Chinese civilization, Confucius (551-479 BCE) is venerated as ancient philosopher, statesman, and teacher. Less familiar is his role in a religious cult supported over the centuries by Chinese emperors, officials, and scholars. After his death, a memorial shrine to Confucius in his hometown of Qufu, Shandong, gradually evolved into a large and magnificent temple. From the seventh century onward, schools throughout China also had temples for official worship. The focus of Julia Murray’s talk, however, is a shrine near Shanghai, whose 17th-century patrons claimed it marked the place where his robe and cap had been buried 1000 years after his death. Using these unseen relics as a pretext, they build a ritual complex where scholarly pilgrims could offer sacrifices to the ancient sage and experience his beneficent presence. Like many sites associated with Confucius, it was destroyed during the Cultural Revolution, but unlike others, it has not been rebuilt–yet. In presenting the history of the shrine, Murray will explore several ways that material forms of Chinese religious expression shaped its architectural and artistic features and speculate on its prospects for future revival.

Julia K. Murray is Professor of Art History, East Asian Studies, and Religious Studies at the University of Wisconsin. She received her Ph. D. from Princeton University in a joint program of East Asian Studies and Art & Archaeology. Before moving to Madison in 1989, she worked in curatorial positions at the Metropolitan Museum of Art, the Freer Gallery of Art, and the Harvard University Art Museums. Her publications include Mirror of Morality: Chinese Narrative Illustration and Confucian Ideology (2007); Ma Hezhi and the Illustration of the Book of Odes (1993); Last of the Mandarins (1987); A Decade of Discovery (1979), and numerous articles on Chinese art. She guest-curated the exhibition ‘Confucius: His Life and Legacy in Art’ at the China Institute Gallery in New York.