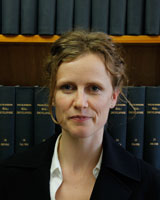 How do we understand the postcolonial in Latin America? Many scholars have eschewed the use of postcolonial criticism in Latin America on the basis that there is a lack of fit between theoretical perspectives derived from Asia and African experiences of colonialism and interpretations of Latin American history. To explore this theme, this talk will explore how European settler colonialism in post-independence Guatemala gave rise to an unusual national mestizaje (racial mixing) project by the 1930s and 40s. Unlike mestizaje projects that proliferated across Latin America during this time, Guatemala’s mestizaje project found its romantic origins not in sixteenth-century conquests and colonialism, but in this nineteenth-century settler colonization and was symbolized by the rise of coffee production, the expansion of railroads and a union between a Maya women and a German man. By the time Guatemala’s October revolution swept the nation in 1944, however, the improved race had disappeared from the national imagination. Charting the emergence and then disappearance of the “improved race” highlights contradictory tensions between transnational events and regional and national politics, Eurocentric imaginations of history, time and space and Latin American nation-building efforts. These tensions point towards a theorization of diverse, contingent moments and historical contexts of postcolonialism.

Julie Gibbings, a Dana-Allen Dissertation Fellow, is a Ph.D. Candidate in Latin American History at UW-Madison. Her research explores themes of race, nation, and postcolonialism in modern Latin American. Gibbings has a chapter in Negotiating Identities in Latin America, and a book review in Revista de Historia Iberoamericana. She received a B.A. in International Studies and an M.A. in History from the University of Saskatchewan, Canada. Among her honors and awards are a UW-Madison Chancellor’s Fellowship, Social Sciences and Humanities Research Council of Canada Doctoral Fellowship, Humanities and Fine Arts Thesis Award (MA & Ph.D.), Vilas International Travel Award, and Helen Firstbrook Franklin Fellowship.