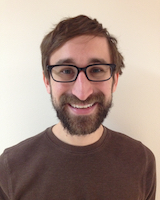 Doxing – the publicizing of private, identifying information about an individual without consent – is a fascinating cultural practice that has emerged in our digital culture. Relating to issues of surveillance, whistle-blowing, and battles over political ideologies, this talk presents doxing as a weapon of visibility, wherein the tools of online publishing and self-promotion like Facebook, Twitter, YouTube, and other social media become the very same instruments meant to attack, threaten, or discipline. By approaching doxing as a larger social practice, my talk looks to take a more nuanced understanding of doxing and its role in larger political struggles and the changing nature of identity in the age of social media.

Andrew Zolides is a Ph.D. Candidate in the Communication Arts Department at the University of Wisconsin-Madison. He is also currently a Fellow at the Institute for Research in the Humanities at UW. His research explores the influence economy, an economic framework for understanding the strategies celebrities and brands utilize through social media to generate audiences with significant value. Comparing these practices reveals how influence is generated and evaluated in contemporary neoliberal culture. Andrew has served as an editor for Antenna and The Velvet Light Trap, as well as teaching courses such as Survey of Contemporary Media, Critical Internet Studies, and Television Industries. His work appears in Persona Studies, Horror Studies, Antenna, and the forthcoming books Childhood & Celebrity and The New Television Industries. He received his B.A. in Philosophy and Media Studies from the University of South Carolina and his M.A. in Media, Culture, and Communication from New York University.