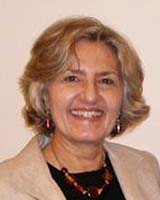 This presentation examines women’s nursing activities in the hospitals of sixteenth-century Italy in light of changing disease environments and new charitable initiatives associated with the Catholic Reformation. The appearance of syphilis after 1500 posed a massive public health challenge to Renaissance cities, prompting the creation of new, specialized hospitals and new kinds of female caregivers who tended those afflicted with “pox.” Tapping unexplored archival sources, I analyze the hands-on work women performed in pox hospitals and assess how nursing practices generated new forms of artisanal knowledge.

A Solmsen Fellow at IRH, Sharon Strocchia is Professor of History at Emory University, where she has taught since 1988. Her research focuses on women and religion in Renaissance Italy; recently she has begun to incorporate the social history of medicine into these themes. Strocchia is the author of Death and Ritual in Renaissance Florence (1992), and Nuns and Nunneries in Renaissance Florence (2009), which was awarded the 2010 Marraro Prize by the American Catholic Historical Association for the best book in Italian history. She also has published numerous articles on female religiosity in Renaissance Italy, several of which have been awarded prizes. Strocchia has received research grants from the Harvard University Center for Italian Renaissance Studies, National Endowment for the Humanities, National Humanities Center, American Council of Learned Societies, Gladys Krieble Delmas Foundation, Renaissance Society of America, American Philosophical Society, Newberry Library, and the Folger Library.