Words that Hide: Rendering the Untranslatable Across the Globe 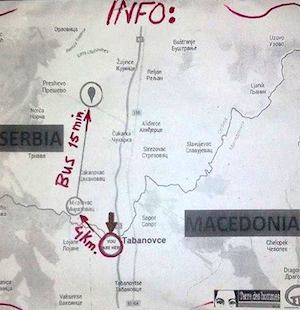 As global subjectivity becomes increasingly dominated by communication across languages and cultures, as well as between geographical and virtual spaces, the universe emerging among the interacting economies is characterized by processes of translation that alter the simplified imaginary perceptions of “others” that are currently built into the cultural unconscious of particular national imaginaries. Translation is understood here not only as a practice that transfers meaning in the narrow linguistic sense of the word, but also as the process by which broader social and political formations are carried over from one culture to another. The untranslatable notions tied to particular civilizational heritage are especially challenging in this process, since issues of mutual comprehension become charged with perceptions of unequal power in the ongoing global crises and the resulting violence. The seminar will use the innovative methodology of cultural translation to analyze this phenomenon by calling for a new conceptualization of trauma, space and identity, especially during the ongoing migrant crisis affecting the Europe in general and the Balkan peninsula in particular.

Tomislav Longinović (PhD, MFA) is Profesor of Slavic, Comparative Literature and Visual Culture at the University of Wisconsin-Madison. His books include Borderline Culture (1993), Vampires Like Us (2005), a co-edited and co-translated volume with Daniel Weissbort: Red Knight: Serbian Women Songs (1992), and an edited volume with David Albahari: Words are Something Else (1996). He is also the author of several books of fiction, both in Serbian (Sama Amerika, 1995) and English (Moment of Silence, 1990). His new book Vampire Nation: Violence as Cultural Imaginary was published by Duke University Press in 2011 and was awarded the 2012 Mihajlo Miša Đorđević prize for best book in Serbian studies. He was a Visiting Professor at Harvard University in 2001 and 2016. His research interests include South Slavic literatures and cultures; literary theory; Central and East European literary history; comparative Slavic studies; translation studies; cultural studies. He is currently working on the book manuscript entitled The Secret of Translation, which features a theory of culture based on relational structures rather than ethnic or national ones.