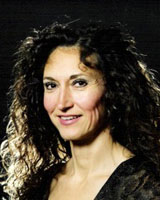 This seminar focuses on part of a larger project that explores the production of social space in coal mining communities in three regions, the Appalachian South and the American Southwest in the U.S., and South Wales in the U.K. In the first decades of the twentieth century, an international working-class identity—“proletarian internationalism”—emerged and capitalist-state alliances coalesced to counter working-class solidarity. Those alliances faced off not only against miners, but also against creative workers and intellectuals who identified with and joined the struggles of radical unions on behalf of coal communities.

Camille Guérin-Gonzales is Professor of History at UW-Madison. Her research and teaching focus on comparative working-class cultures and comparative race and nationalisms. She is the author of Mexican Workers and American Dreams: Immigration, Repatriation, and California Farm Labor, 1900-1939 and the coeditor of The Politics of Immigrant Workers: Essays on Labor Activism and Migration in the World Economy. Her current scholarship focuses on coal mining communities. Her essay, “From Ludlow to Camp Solidarity: Women, Men, and Cultures of Solidarity in U.S. Coal Communities, 1912-1990,” appears in Mining Women: Gender, Labor, Capital and Community in Global Perspective. She is completing a comparative, transnational study of coal mining communities titled Mapping Working-Class Struggle in Appalachia, South Wales, and the American Southwest, 1890-1947, to be published by the University of Illinois Press. A manita from northern New Mexico, her scholarship and teaching are dedicated to an understanding of difference and power in all their complexity, and to the pursuit of social justice that flows out of that understanding.