Workshop: Confrontation and Dialogue: Issues of Race and Racism in Medieval Studies 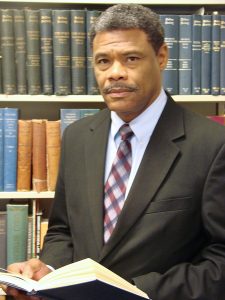 Initiated by a reaction a little more than a year ago to a not very funny joke at a session at one of the several large international conferences on medieval studies held annually, a soul-searching (absurdist in some understandings, deeply empathetic in other assessments) took place among medievalists. This soul-searching coincided with the publication of a number of important books on race and racism among medieval European peoples and a great deal of blogging about historic and present-day medieval studies as a racist enterprise and, of course, rebuttals to that view. Fortunately or unfortunately—for good reasons and for bad—I was drawn involuntarily into this not always temperate dialogue. I would like to describe what has happened and what the long-term consequences might be.

William Chester Jordan is Dayton-Stockton Professor of History at Princeton University. He is a former Director of the Program in Medieval Studies and has also been Director of the Shelby Cullom Davis Center for Historical Studies (1994 to 1999). He is the author of several books: Louis IX and the Challenge of the Crusade: A Study in Rulership (Princeton University Press, 1979); From Servitude to Freedom: Manumission in the Sénonais in the Thirteenth Century (University of Pennsylvania Press, 1986); The French Monarchy and the Jews from Philip Augustus to the Last Capetians (University of Pennsylvania Press, 1989); Women and Credit in Pre-Industrial and Developing Societies (University of Pennsylvania Press, 1993); The Great Famine: Northern Europe in the Early Fourteenth Century (Princeton University Press, 1996; awarded the Haskins Medal of the Medieval Academy of America); Europe in the High Middle Ages (Penguin, 2001); Unceasing Strife, Unending Fear: Jacques de Thérines and the Freedom of the Church in the Age of the Last Capetians (Princeton University Press, 2005); A Tale of Two Monasteries: Westminster and Saint-Denis in the Thirteenth Century (Princeton University Press, 2009); Men at the Center: Redemptive Governance under Louis IX (Central European University Press, 2012); and From England to France: Felony and Exile in the High Middle Ages (Princeton University Press, 2015). His most recent book is The Apple of His Eye:  Converts from Islam in the Reign of Louis IX (Princeton University Press, 2019).  Another book-length study, Servant of the Crown and Steward of the Church:  The Career of Philippe of Cahors (d. 1281) is currently in press with Medieval Academy of America Books.  Professor Jordan has also edited a one-volume encyclopedia of the Middle Ages for elementary school pupils (Franklin Watts, 1999) and a four-volume version for middle school students (Scribner’s, 1996). He was the editor-in-chief of the first supplemental volume of the Dictionary of the Middle Ages (Scribner’s, 2004). He is a Fellow of the Medieval Academy of America, the American Philosophical Society, and the American Academy of Arts and Sciences. His current research focuses on migrant labor in the thirteenth and early fourteenth century. From January 2009 to January 2010 Professor Jordan served as President of the American Catholic Historical Association. In 2011-2012 he served as President of the Fellows of the Medieval Academy of America, and in March 2012 and April 2013, he was elected Second Vice-President and First Vice-President of the Academy respectively. He served as President in 2014-2015.  On 5 June 2019 Harvard University awarded Professor Jordan the honorary degree of Doctor of Laws.

Free and open to the public, but registration is required. Email Prof. Thomas Dale, Director of Medieval Studies (tedale@wisc.edu).

Institute for Research in the Humanities
Department of Art History