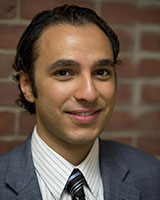 Law and Economy along the Safavid and Ottoman Silk Routes

My project examines extraterritoriality and legal pluralism in the context of imperial trade, focusing on the Eurasian silk routes from Safavid Central Asia to Istanbul and Venice in 16th and 17th centuries. It investigates comparatively the fluid legal status of diplomats and merchants in the Iranian Armenian community of Esfahan, the Ottoman Latin-rite community of Istanbul, and the Jewish communities of Istanbul and Crete. One of the central questions this project asks is why Safavid, Ottoman, and Venetian political administrators took different positions on questions of extraterritoriality and legal pluralism in a prolonged negotiation of early modern political and commercial boundaries.

Ali Humayun Akhtar is an Assistant Professor at Bates College and is an historian of government, religion, and economy. His research focuses on networks of diplomats, scholars, and merchants who connected Mediterranean Europe with the Middle East and Central Asia in the medieval and early modern eras. His first book traces the political debates over Graeco-Arabic philosophy and Sufism from Cordoba to Cairo (10th-12th centuries) as a larger window into the contested nature of political and religious authority in the medieval world. He is currently working on a new book on law and economy along the Safavid and Ottoman silk routes to Venice (16th-17th centuries). Before arriving at Bates College in 2012, he taught at Bard College and New York University. He earned a Ph.D. and M.A. at New York University in History and Middle Eastern Studies and a B.A. at Cornell University.