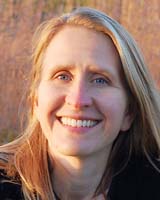 The Brothers Kierkegaard, Brandes, Baptists, and Mormons: The Interplay of Modernity and Religious Freedom in 19th Century Denmark

The modernization of Danish society between 1800 and 1900 was a turbulent process, rousing the Danish educated elite to energetic but ultimately futile efforts to protect their privileged status. One area in which Denmark led the way in Europe was in the establishement of religious freedom, but this innovation resulted in significant social and cultural upheaval in Danish society. In order to contextualize and illuminate the significance of the struggles over religious freedom in Denmark, my project centers on the role of prominent Danish intellectuals and artists who contributed to shaping public discourse about the connections between religious freedom and modernity as well as on the impact of these developments on common Danes. The main figures of the study are the philosopher Soren Kierkegaard, his brother, the Lutheran priest Peter Christian Kierkegaard, the literary critic Georg Brandes, and the communities of Baptists and Mormons that spearheaded the attempts to realize the consitutional guarantee of religious freedom in mid-19th century Denmark.

Julie K. Allen is Assistant Professor of Danish in the Department of Scandinavian Studies. She received her PhD in Germanic Languages and Literatures from Harvard University in 2005. Her research focuses on the cultural phenomena of national and gender identity construction in 19th and early 20th century Denmark and Germany. She has had several articles published about 19th and 20th century Danish and German authors, including Georg Brandes, Søren Kierkegaard, Ruth Berlau, Arthur Schnitzler, and Thomas Mann. Her forthcoming book, /Georg Brandes and Asta Nielsen: The Godparents of Danish Cultural Modernity /(2012)/, /examines the role of celebrities and the mass media in shaping European and Danish perceptions of modern Danish national and cultural identity in the late 19th and early 20th centuries.