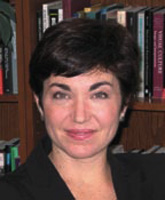 Medicine and the Saints

At the Institute for Research in the Humanities, Amster will complete her book manuscript, Medicine and the Saints, a history of the French-Moroccan encounter through medicine. As the language between body and body politic, healing was a Moroccan form of Islamic sovereignty, which integrated the sacred into geography, politics and history. In post-revolutionary France, legislators used medicine to define the rational citizen and his rights in the Republic. Colonial medicine was thus a meeting of selves and political imaginaries, and the modern Moroccan state is the result. This project broadens the concept of Islamic modernity, from an intellectual project of nationalists to the fragmenting of the Islamic body and a new relationship to the physical environment.

Ellen Amster is Assistant Professor of Middle East History at the University of Wisconsin-Milwaukee. Her research focuses on health and healing in the Islamic world, midwifery, French empire in North Africa, and Sufism. Her recent publications include “‘The Harem Revealed’ and the Islamic-French Family: Aline de Lens and a Frenchwoman’s Orient in Lyautey’s Morocco,” French Historical Studies, Spring 2009 (32:2) and “Saints and the Islamic City: Looking for Sacred Space in Fes, Morocco,” The Urban History Newsletter, October 2006, Number 36. Her forthcoming book is tentatively entitled, “Medicine and the Saints: Science, Islam and the Colonial Encounter in Morocco, 1877-1956,” (Austin: University of Texas Press). Amster earned her Ph.D. at the University of Pennsylvania and has received fellowships from the Fulbright-Hayes Program, the Chateaubriand Scholars Program of the Government of France, the American Institute for Maghrib Studies, the Foreign Language Area Studies Program, the Mellon Foundation, and the Social Science Research Council.