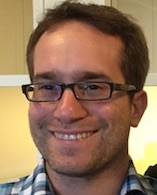 A Language of Science: Urdu and the Making of Muslim Politics in Modern South Asia

Andrew Amstutz’s research explores the relationship between popular science and Islam in the Indian subcontinent, as well as the public history of Pakistan’s Buddhist art in museums around the world. Amstutz’s book manuscript, A Language of Science: Urdu and the Making of Muslim Politics in Modern South Asia sheds light on an influential movement of Indian and Pakistani Muslim public intellectuals who advanced new kinds of accessible scientific education by creatively synthesizing poetry, literature, and scientific learning. This study is set during the final decades of British colonial rule and the transition to independence in India and Pakistan from 1914 to 1965. In response to rapidly changing conditions in health, economics, and politics, some South Asian Muslims argued that Urdu, a language of poetry and religious performance that is written in the Perso-Arabic script, was uniquely able to imbue modern science education, especially medicine and natural history, with popular appeal and global Muslim connections. His project investigates modern India’s ties to Central Asia and the Middle East through translations between Persian and Urdu. A Language of Science contributes to contemporary debates on public history and the relationship between Islam and science. Amstutz connects an array of multilingual archives and different voices, including Muslim healers, women writers, and small-town translators, across the borders of India, Pakistan, and Bangladesh. In addition to his book manuscript, he is developing a second book project on the history of Buddhist art in Pakistani museums and the public life of Pakistan’s Buddhist sculpture in museums across Asia.

Andrew Amstutz earned his PhD from the Department of History at Cornell University in 2017. His teaching interests include South Asian history, Islam and Buddhism in Asia, the history of science and medicine, as well as museum studies and public history. Along with his book project, he has written on Buddhist artefacts in Pakistani museums and the history of Urdu in South Asia. Andrew Amstutz’s research and language training were supported by the Fulbright-Hays Doctoral Dissertation Research Abroad (DDRA) program, the American Institute of Pakistan Studies (AIPS), and the American Institute of Indian Studies (AIIS.) He has taught courses on Asian religions, Islam and science, memory and public history, and undergraduate writing. He received his M.A. in South Asian History from Cornell University and his B.A. in History and Italian from Middlebury College.