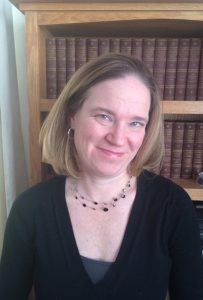 Building Paradise represents the first scholarly examination of post-World War II vacation and retirement building in South Florida. It argues that this architecture represents a regional, age-inflected form of postwar suburban leisure. This “paradise” worked to affirm and bolster white, middle-class hegemony in ways related to (and simultaneously distinct from) middle-class suburbs that flourished elsewhere in the U.S. after World War II. Looking at the design of this landscape of topicalized leisure reveals an understudied but important iteration of white, middle-class suburbia that helps broaden the ways we understand postwar suburbs as sites of erasure, exclusivity, and privilege.

Anna Andrzejewski is Professor of Art History and former Director of the Center for Culture, History, and Environment at UW-Madison. Her first book, Building Power: Architecture and Surveillance in Victorian America, was published by the University of Tennessee Press in 2009. Since then, Andrzejewski’s research has shifted to post World War II suburban buildings and landscapes. Andrzejewski’s numerous articles on this topic have appeared in Buildings & Landscapes, Arris, and several edited volumes. After her IRH fellowship in the fall, Andrzejewskiwillbe an NEH-Hagley Fellow in residence at the Hagley Museum and Library in Wilmington, Delaware.