Address:
Religious Studies, The College of William and Mary 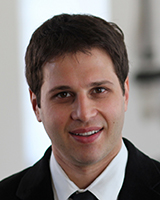 Conversion and Empire: Byzantine Narratives and Imperial Christianity across the Frontier, 300-900

The work of Byzantine missionaries between 300 and 900 extended Christianity into such disparate regions as the Caucasus, Nubia (modern Sudan), Himyar (modern Yemen), and the Balkans. According to modern tradition, these foreign conversions brought about Eastern Orthodoxy’s largest expansion to date. In order to understand the nature of the Byzantine contribution, therefore, this project focuses on the imperial perspectives and puts the foreign conversions in a comparative framework. The cross-regional approach also makes clear how and why modern historians and politicians have selected certain episodes of conversion to turn them into monumental events with ethnic and nationalistic overtones.

Alexander Angelov is an Assistant Professor in Religious Studies and a faculty member in the interdisciplinary programs in Russian and Post-Soviet Studies and Medieval and Renaissance Studies at the College of William and Mary. He specializes in Byzantine history, medieval Christianity, the modern Balkans and Eastern Orthodoxy. His work has been published in the Journal of Medieval History, Greek, Roman, and Byzantine Studies, as well as in edited volumes. In addition to his current book project on conversion, he is researching the relationship of Eastern Orthodox national churches with the Communist ideology and apparatus in the Balkans.