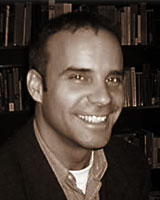 The Fullness of Time: Tocqueville and the Democratic Moment

This project examines the concept of time in Tocqueville’s thought through the lens of the philosophy of internal time-consciousness. While Tocqueville himself offers no systematic analysis of time consciousness, his descriptive observations present a rich, comparative account. Tocqueville’s way of thinking, it will be argued, is colored by his an aristocratic epistemology. His remarks on the depth and shape of democratic time-consciousness arise precisely when he is struck by real difference. His comments are thus begotten by the wonder, amusement, and dread he experiences when staring in the face of the democratic understanding of time.

Richard Avramenko has taught both Political Science and Integrated Liberal Studies at the University of Wisconsin since the Fall of 2005. His main areas of interest are ancient and continental political thought, though he tends to pursue themes rather than specific thinkers or eras. He teaches courses on the History of Western Political Thought, Plato, Thucydides, Tocqueville’s Democracy in America, politics and literature, the history of political economy, the romance of war, Nietzsche, Methods of Political Theory, or whatever strikes him as interesting. Avramenko has written articles on topics such as Plato, Dostoevsky, St. Augustine, Tocqueville, Nietzsche, Heidegger, and Canadian identity politics. He has completed a book manuscript called Manly Courage: The Politics of Life and Limb, has co-edited a book on friendship (Friendship and Politics: Essays in Political Thought), and is currently writing about Alexis de Tocqueville and the shape of the democratic mind.