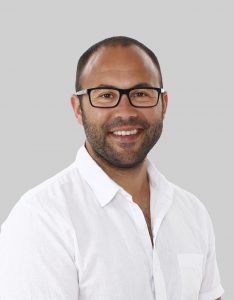 This project documents the history of white criminals who donned blackface in order to commit crimes during the Jim Crow era in the United States. From at least the 1880s through the 1930s, it was a fairly common practice for white men and women across the country to cover their skin with burnt cork, wear stereotypically “black” clothing, and use other racial ruses to deflect suspicion for their crimes away from themselves and onto black people. In so doing, they artificially inflated black crime statistics, thus reinforcing the burgeoning myth of black criminality, and endangered black life by ginning the wrath of retributive mobs and individuals. Black activists and journalists waged campaigns against the practice, including pushing legislation that would make it a federal crime, but to no avail. This project excavates and analyzes this history for the first time.

Simon Balto is a scholar, teacher, and writer of History and African American Studies. He is the author of Occupied Territory: Policing Black Chicago from Red Summer to Black Power (University of North Carolina Press, 2019) and has written for multiple scholarly and popular publications, including Time, The Washington Post, The Progressive, The Journal of African American History, The Journal of Urban History, and Labor, among others. In addition to “Racial Framing,” he is also currently working on a biography of the political life and legacy of Illinois Black Panther Party Deputy Chairman Fred Hampton, which is under contract with Haymarket Books. He teaches at the University of Iowa.