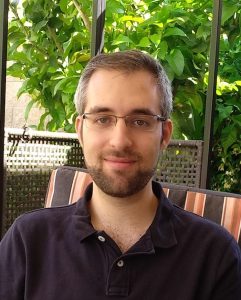 When the Eastern Roman armies arrived to the westernmost Mediterranean region of Balearica and Spania in the 6th century, they encounter a diverse and complex society: a mixture of Christian communities with divergent doctrines, and non-Christian Jewish communities amongst them. While conventional history and archaeology ignored the latter, in recent years it was possible to detect in the archaeological record this diverse society in constant movement and change. Through an archaeological exploration of both the Christian and Jewish populations, the evidence of Christian basilicas in the Balearic Islands provide new perspectives that were not considered before: the influence of Jewish communities on Christian art and viceversa in a western Mediterranean context. This book manuscript tries to answer several questions from this theme. How did these material interactions between Jews and Christians occur? How did both communities relate to the religious and cultural centers, especially Constantinople? What was this cultural phenomenon’s projection beyond the Empire’s ever-changing borders? With the innovative findings and methods from recent decades in Spanish archaeology, this project’s aim is to explore these questions, with special focus on the Balearic Islands and their archaeological evidence.

Alexander Bar-Magen Numhauser earned his PhD in Archaeology, Prehistory and Heritage from the Universidad Autónoma de Madrid (Spain) in 2017. His main field of expertise is the archaeological study of Judaism in the Western Mediterranean, focusing on Late Antique and Medieval periods in the Iberian Peninsula. In this research he applies an interdisciplinary approach to the world of western Late Antique Judaism, before the rise of the later Sephardi civilization. He also worked and researched in the archaeology of minorities, archaeological methodology, archaeology of human rights, and forensic archaeology. His postgraduate and doctoral studies were generously supported by the Universidad Autónoma de Madrid’s Postgraduate Scholarship, the Paideia European Institute for Jewish Studies’ One-Year Program (2012-2013), and the Rotschild (Yad-Hanadiv) Foundation Europe’s Doctoral Fellowship (2014-2017). As a Kingdon Fellow for the IRH at the University of Wisconsin, Madison, he is engaged in the research of the material interactions between the Jews and Christians of the Byzantine Balearic Islands.