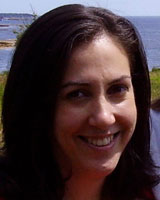 The Poetics of Futurity in Renaissance England

This study investigates Renaissance literary constructions of the future, the complex relations between futurity and narrative, and the emergence of novel accounts of Englishness that turn on looking to the future rather than the past. Chapters on the literary works of Philip Sidney, Edmund Spenser, William Shakespeare and John Milton recover a temporal consciousness in which imagining future acts of retelling and remembering shapes the subject’s relation to both past and present. These writers theorize preservation, stressing a retrospective future concerned with creating a present worth remembering. By recuperating this temporal perspective, Poetics of Futurity investigates an emerging cultural self-consciousness, one with profound implications for the agency and authority of literature.

J.K. Barret, Solmsen Fellow, is Assistant Professor of English at the University of Texas at Austin. She focuses on sixteenth- and seventeenth-century literature. She received her Ph.D. from Princeton University and her B.A. from the University of Pennsylvania. She has been awarded fellowship support from sources including UCLA’s Clark Library, the University of Texas at Austin, the Whiting Foundation, the Josephine de Kármán Foundation, and the Huntington Library, and has also received funding to participate in seminars at the National Humanities Center and the Folger Shakespeare Library. In addition to time and the future, her research and teaching interests include poetry and poetics, drama, literature and the visual arts, early modern legal theory, antiquity in the Renaissance, pastoral, romance, translation studies and narrative theory.