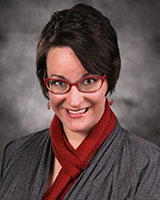 My project is a book-length monograph to investigate the site of the body and embodiment in the production of competing histories of trauma, activism, and colonialism in post-WWII Okinawa. Adopting a thematic rather than a chronological approach, I provide a cultural historical analysis of discourses on the body and embodiment categorized under the following themes: 1) politicization of performance 2) imperialization through education 3) colonization of sexual practices and 4) degradation of environmental “geo-bodies.” These themes directly reflect the repertoire of female activists such as Ginoza Eiko (b. 1947), whose work I employ as a critical lens for examining the process of creating alternative histories and embodied archives on postwar Okinawa. By focusing on the body and embodiment, I seek to excavate women’s voices as central to the telling of histories, but also to problematize the ways in which female activists both resist and yet at times reproduce power dynamics of gender, race, and imperialism.

Valerie H. Barske is an IRH UW System Fellow and an Assistant Professor of History at the University of Wisconsin Stevens Point, where she teaches courses on East Asia, Women in Japan, Modern China, and Comparative U.S. Occupations. Her most recent publication focuses on the visual representations of colonial Okinawan women featured in Japanese pictorial magazines, newspaper articles, and didactic texts from 1913-1943. The current book project is based on archival and ethnographic research in Okinawa and mainland Japan generously funded by two Fulbright grants, the Blakemore Foundation, and UWSP’s COLS New Faculty Research Funds.