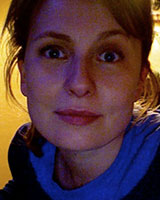 In August of 1632 Father Paul Le Jeune penned the first installment of the Jesuit Relations “from the midst of a forest more than 800 leagues in extent, at Kebec.” The Relations were yearly reports written by members of the Society of Jesus who worked to christianize New France during the seventeenth century. Sent back to Paris for publication every year between 1632 to 1673, the texts formed a forty-one volume book series that was popular among the Parisian elite. They are now widely considered to be one of the most important historical sources for understanding the colonial encounter between Europeans and the indigenous peoples of North America. My dissertation presents a biography of the Relations, in which I chart how these religious texts gained scientific authority in the modern social sciences and humanities. By exposing the print history and textual practices that transformed these texts into a tool of scientific inquiry, my work reveals the fundamental role the Relations have played in the history of race in North America. Furthermore, I argue that the print culture surrounding the Relations—namely their transmission and reception in the late nineteenth-century—has significantly influenced the modern reading of the texts as ethnographic documents.

Meridith Beck Sayre is a Dana-Allen Dissertation Fellow and a PhD Candidate in the Department of the History of Science at the University of Wisconsin-Madison. Her research draws on the fields of print culture studies, the Atlantic World approach, and the history of the social sciences. Her work puts three traditionally separate historiographies—French-Canadian, Anglo-Canadian, and American—into dialogue and integrates both French and English primary sources, thereby contributing to a more transnational perspective of North American history.