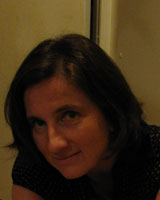 This book is inspired by Spanish debates on culture provoked by the contentious issue of bullfighting. When the European Parliament exercised pressures to abolish corridas de toros, almost all Spanish political institutions and public intellectuals took stands. Some defended bullfighting as a tradition and art connected to the core of the national identity of Spain, and argued that the global European community should preserve its internal differences. Others claimed that bullfighting is a remnant of cruel Medieval Spain (as in Leyenda Negra). They called for an end to the killing animals for fun and further for a revision of the national culture, its traditions and values including human-animal relations in general. This latter group, referred to by the Spanish media as animalismo, challenged the traditional human-animal divide and its respective ethics. Animalismo has recently joined forces with the indignados (Spanish Orange Revolution of 2011) protesting against the malfunctioning of democracy and in stressing that the human abuse of animals is a fundamental factor leading to wasteful lifestyles and unethical politics. Interestingly, the debates on human-animal questions have opened new perspectives on other contested issues such as immigration (for burqas and female circumcision are also traditions of some immigrant groups), and even the ‘war on Terror’ (in whose discourse enemies are animalized). In the book, Katarzyna examines the debates on the symbolic and real place of animals in culture and inquires how they have catalyzed important changes in every day life, law and even commercial publicity in Spain.

Katarzyna Olga Beilin specializes in narrative, film and culture of contemporary Spain. She is an author of three books Conversaciones literarias con novelistas contemporáneos (Literary Conversations with Contemporary Novelists, Tamesis, 2004), Meteory (Metheors, a novel, Agawa 2005), Del infierno al cuerpo: otredad en la narrativa y cine peninsular contemporáneo (From Hell to Flesh: Otherness in Spanish Contemporary Narrative and Film, Libertarias, 2007). This last book focuses on otherness in Spanish contemporary literature and film and its meanings in ethics and epistemology of the last two centuries. Thus it connects to the current project, where the other takes form of a non-human animal. Katarzyna is also finishing her second novel, Aquarius, which inquires about the multiple meanings and forms of the end of the world.