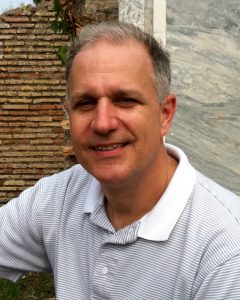 A Life Too Long: A Biography of Pompey the Great

After years of success, Pompey the Great, the most powerful statesman of the Late Roman Republic, became entangled in a civil war against his rival Julius Caesar. After losing the decisive battle of Pharsalus, he was tricked and cruelly murdered in Egypt, an inglorious finale to a magnificent career. His defeat and humiliating death led some ancient authors to represent his life as following a rise-and-fall trajectory and to cast his demise as a cautionary tale about the volatility of fortune. Modern scholars often present him in a similar light or neglect him altogether and focus instead on Caesar, the victor of their rivalry. My new biography explores ancient perceptions of his career and presents a new account of his life.

Jeff Beneker’s primary research interest is in Greco-Roman biography and historiography. He has written a book on Plutarch’s biographical method, The Passionate Statesman: Eros and Politics in Plutarch’s Lives (Oxford University Press, 2012), and articles on Plutarch, Cornelius Nepos, Suetonius, and Homer. With Craig Gibson (University of Iowa) he has published an edition and translation of the progymnasmata of Nikephoros Basilakes for the Dumbarton Oaks Medieval Library (Harvard University Press, 2016) and is cooperating with Gibson on a translation of The Book of Syntipas the Philosopher, also for Dumbarton Oaks. He is currently writing a biography of Pompey the Great (for Princeton University Press), translating Plutarch’s political essays (also for PUP), and with Georgia Tsouvala (Illinois State University) he is co-editing a book on the discourse of marriage in the Greek and Latin literature of the Roman Empire (for University of Wisconsin Press). In addition to teaching courses in Greek and Latin language and literature, he teaches lecture courses on Classical Mythology, Greco-Roman religion, and Ancient Epic.