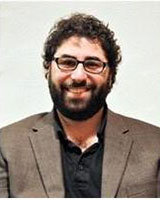 The Cambridge Introduction to the Absurd

Per Cambridge University Press’s series, “The Cambridge Introductions to Literature,” my book project, The Cambridge Introduction to the Absurd (under contract), is designed to introduce students, teachers, and lecturers to key topics and authors surrounding the literary and dramatic absurd. While overviews like Arnold P. Hinchliffe’s 1969 The Absurd and Neil Cornwell’s 2006 The Absurd in Literature do cover vast ground, and books like Martin Esslin’s 1961 The Theatre of the Absurd and my own 2011 Reassessing the Theatre of the Absurd provide holistic (though opposing) readings of the plays associated with the absurd, the academic study of the absurd — which seems to excite every new generation — lacks a good starting place that is fair, balanced, and also authoritative. It is my hope that this present volume will fill that void.

Michael Y. Bennett is an IRH UW System Fellow and an assistant professor of English at the University of Wisconsin-Whitewater, where he teaches courses on modern drama. He is the author of Reassessing the Theatre of the Absurd (2011); Words, Space, and the Audience (2012); and Narrating the Past through Theatre (2012); he is also the editor of Refiguring Oscar Wilde’s Salome (2011) and the co-editor of Eugene O’Neill’s One-Act Plays: New Critical Perspectives (2012). Currently, he is under contract to write The Cambridge Introduction to the Absurd.