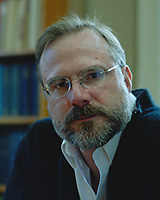 Conflations of Memory: The US Holocaust Memorial Museum and the Representation of Atrocity

Drawing on archival research and interviews, the book examines the extent to which individual memories intrude upon the cultural and historical memory inculcated at the USHMM. The book will argue that the design of the museum, as well as its programming and exhibits, at times encourages and at other times suppresses memories that might be considered liminal to, and in tension with, a more or less ‘official’ Holocaust memory.

Michael Bernard-Donals is the Nancy Hoefs Professor of English at the University of Wisconsin, Madison, and an affiliate member of the Mosse-Weinstein Center for Jewish Studies. Professor Bernard-Donals received his PhD in English at Stony Brook University (SUNY), and taught English at Mississippi State University and the University of Missouri, Columbia, before coming to the University of Wisconsin in 1998. Professor Bernard-Donals’ work falls into three principal areas: the history and theory of rhetoric, particularly the relation between its classical roots and its contemporary iterations; contemporary critical theory, and its intersections with rhetorical theory; and questions of history, memory and representation, particularly as they bear on the Holocaust and other instances of state terror. His books include Mikhail Bakhtin Between Phenomenology and Marxism (Cambridge 1994); Rhetoric in an Antifoundational World (Yale, 1998, with Richard Glejzer); The Practice of Theory: Rhetoric, Knowledge, and Pedagogy in the Academy (Cambridge, 1998); Between Witness and Testimony: The Holocaust and the Limits of Representation (SUNY 2001, with Richard Glejzer); An Introduction to Holocaust Studies (Prentice-Hall, 2004); and Forgetful Memory: Remembrance and Representation in the Wake of the Holocaust (SUNY, 2009).