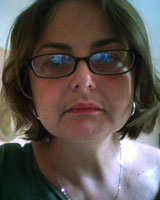 Struggles for the Sacred

This book project, currently under completion, attempts to explain why, at the twentieth century’s end, witchcraft and the traffic in body parts constitute the most powerful ways of taking of power, politics and personal affliction in equatorial Africa. To do so, the book endeavors to bridge the gap between contemporary manifestations of witchcraft and the long, intricate battles that took place over the spiritual realm during the colonial and postcolonial period in Gabon (c. 1880-present). The book approaches the colonial encounter between European and African as a circulation of artifacts, ideas and anxieties that went beyond witchcraft itself, and triggered broader mutations in popular representations and practices of public authority, social survival, ethnic identities, material goods and the human body. It shows that colonialism was, as much as a relation of power, an inter-racial discussion about the divides between the sacred and the profane, the material and the immaterial, and the nature of the physical vs. the symbolic.

Florence Bernault is professor at the University of Wisconsin-Madison. Her most recent work looks into the political, intellectual and cultural history of Equatorial Africa, and French colonialism. She has been awarded a J. S. Simon Guggenheim Fellowship for her research on witchcraft. She is serving on the editorial board of the American Historical Review, and on the advisory board of the Journal of African History. She is the author of Démocraties ambigües en Afrique centrale (Paris, Karthala, 1996), the editor of A History of Prisons and Confinement in Africa (Portsmouth, NJ., 2003), and Enfermement, prison et châtiments en Afrique du XIXe siècle à nos jours (Paris: Karthala, 1999), and the co-editor, together with Nicolas Bancel, Ahmed Boubeker, Achille Mbembe and Françoise Vergès, of Ruptures postcoloniales. Les nouveaux visages de la société française (Paris, La Découverte, 2010). Her articles have been published in the Journal of African History, Africa Today, Politique africaine, Cahiers d’études africaines, and Vingtième siècle. She has also guest-edited several issues for scholarly journals inAfrican Studies. The book she is currently completing is entitled Struggles For the Sacred: Colonialism, Witchcraft and Power in Equatorial Africa.