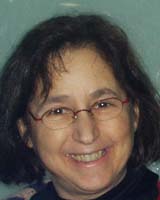 This project investigates the Reading Room of the British Museum in relation to the emergence of modern women writers in Victorian and early twentieth-century London. Drawing on archival materials, Roomscape integrates indexical, theoretical, historical, and literary sources to examine the significance of this public interior space for women writers and their treatment of reading and writing spaces in literary texts. Roomscape challenges an assessment of the Reading Room of the British Museum as a bastion of class and gender privilege, an image firmly established by Virginia Woolf’s 1929 A Room of One’s Own and the legions of feminist scholarship that uphold this spatial conceit. This study also questions the overdetermined value of privacy and autonomy in constructions of authorship. Rather than viewing reading and writing as solitary, individual events, Roomscape considers the meaning of exteriority and the public and social and gendered dimensions of literary production. Looking at the Reading Room of the British Museum as a networking site for international readers, this study examines both writers who worked as global correspondents and political radicals who found a transnational community in this London public space.

Susan David Bernstein, Sally Mead Hands Professor of English, is also a faculty affiliate with the Center for Jewish Studies and the Department of Gender and Women’s Studies. Her teaching and research interests include Victorian material and print culture, the serial novel, transatlantic studies, gender and Jewishness in Victorian literature, science and literature. Her most recent publication is a co-edited collection of essays, Victorian Vulgarity: Taste in Verbal and Visual Culture (Ashgate 2009) which includes her own essay, “Too Common Readers at the British Museum.” At the Institute she is working on a book about gender and the Reading Room of the British Museum.