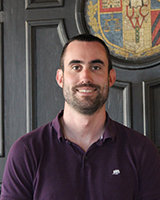 Spiritism and Progress: A Study in Otherworldly Utopia

The Spiritist movement that emerged from the work of Hippolyte Rivail in 1850’s France is not the typical fodder of scholars interested in the utopian and progressive spirit of the nineteenth century. Relying on the revelations of “spirits” speaking through mediums to make its philosophical and “scientific” claims about afterlife, reincarnation, and the peopling of other worlds, Spiritism tends to strike observers as perversely fascinating at best and absurd at worst. However, Dr. Betty’s contention is that Spiritism’s relegation to the margins of the occult ignores the affinities that the movement shares with less metaphysical but no less progressive or utopian concerns of the nineteenth century, and that this seemingly aberrant movement represents a kind of “hypermodernism” wherein Progress is understood to operate not only through human history, but also through multiple incarnations on multiple worlds. The project also addresses the practice of Spiritism in contemporary Brazil, which since the end of the nineteenth century has served as a laboratory for the viability of Spiritist beliefs.

Louis Betty is an Assistant Professor of French at the University of Wisconsin-Whitewater, where he teaches courses in French and Humanities. He has written extensively on French novelist Michel Houellebecq, with articles appearing in Nottingham French Studies, Literature and Theology, and L’Érudit franco-espangol. He has also recently completed a book-length manuscript on Houellebecq and is awaiting decisions on several other articles. In addition, he has published opinion pieces in The Chronicle of Higher Education and Inside Higher Ed as well as reviews of Houellebecq’s recent fiction and poetry. He received his Ph.D. in French from Vanderbilt University in 2011. He is at work on an article entitled “Spiritism and Progress: A Study in Otherworldly Utopia,” which focuses on the Spiritist movement in Second Empire France and its relation to other religious-utopian philosophies of the nineteenth century.