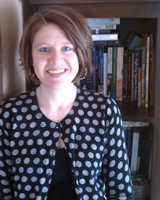 This project investigates how English men and women negotiated the social, cultural, and political changes that accompanied devastating civil wars and the execution of their king. Moving away from the dichotomy that classifies people’s reactions as either “conventional” or “radical” based on their political allegiances, Locating Dissent examines how the values, customs and actions of ordinary people became central subjects of political contestation. Court records, manuscript accounts, and printed pamphlets reveal the complexity of the methods, rituals, and spaces that defined political dissent at this pivotal time. Although disaffection cannot simply be equated with popular royalism, the fact remains that the restoration of the monarchy was largely welcomed throughout the nation. I argue that royalist propagandists redefined people’s animosity toward the Interregnum state as evidence of their loyalty to the Stuart monarchy, particularly in the months leading up to the Restoration of Charles II. In their rhetoric, royalists not only embraced traditional cultural practices, they also connected their continuation with the survival of monarchy. Analyzing the politics surrounding popular dissent and the micro-politics of popular dissent reveals that people’s discontent played a significant role in creating fertile soil for the Restoration.

Caroline Boswell, a UW-System Fellow, is an Assistant Professor of Humanistic Studies and European History at the University of Wisconsin – Green Bay. In 2008 she earned her PhD in early modern British history at Brown University. Her research interests include political culture and the social history of politics. More particularly, Caroline’s recent scholarship explores the interplay between print culture, popular politics, and transformations in governance during times of political and social crisis.