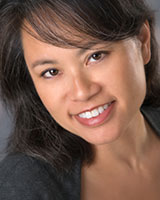 Racist Love: Asian Americans and the Fantasy of Race

Has oppression gone metaphoric? My project explores the ways in which fantasy underwrites contemporary understanding of racial difference in the U.S. With specific emphasis on the visual representation of Asian Americans, I analyze displaced portrayals of social injustice where the rhetoric of social movements becomes leveraged not on behalf of Asian Americans per se, but on behalf of their object substitutes, whether talking animals, computer-generated portraiture, the supernatural, multicultural dolls, or fetish objects. I’m interested in sites where racial difference is experienced as a form of ambivalent pleasure—as “racist love”: kawaii, children’s literature, pornography. The cultural narratives generated here invoke and displace the “wounded” subject of grievance; all enmesh non-human substitutes within fields of visual and textual representation that rely upon post-Civil Rights narratives of visibility, inclusion, and equal rights. What national desires come to be expressed through the imaginary and what are the implications underlying the increasingly metaphoric circulation of race?

Leslie Bow is the Eccles Professor of English and Asian American Studies at UW-Madison. She is the author of the award-winning “Partly Colored”: Asian Americans and Racial Anomaly in the Segregated South (New York University Press, 2010); Betrayal and Other Acts of Subversion: Feminism, Sexual Politics, Asian American Women’s Literature (Princeton University Press, 2001); and editor of Asian American Feminisms (Routledge, 2012). Her work has appeared in the Utne Reader, the Michigan Quarterly Review, the Southern Review, as well as in numerous academic journals and anthologies. Formerly the Director of Asian American Studies at UW-Madison, Leslie was previously on the faculties of Brown University and the University of Miami. She has been named Exceptional Professor, recognized for Excellence in Teaching, and received a UW System Outstanding Women of Color in Education Award, in addition to being nominated for Professor of the Year and Excellence in Mentoring. She served on the advisory boards of American Literature, Contemporary Woman Writers, and the Society for the Study of American Women Writers. Leslie is also a contributor to the Progressive Media Project through which her op-ed columns appear in newspapers across the United States. She is at work on a project entitled “Racist Love: Asian Americans and the Fantasy of Race.”