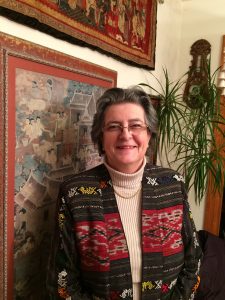 Muzzled Memories: Saint Srivichai and the Formation of Modern Thailand

Forming modern-day Thailand involved overcoming a northern resistance movement led by a Buddhist monk named Srivichai (1878-1939). Considered a saint, Srivichai is famous today for his virtuous life, his magical powers and his role in constructing over 100 temples. However, during his life, he was arrested multiple times and some 2,000 of his disciples forcibly disrobed. Northerners are deliberately suppressing memories of the political aspects of his life. Analyzing the causes of his arrests and the impact of the mass disrobings, this book explores the interrelationship of history and politics to understand how modern memories of Srivichai are being shaped by processes of nation-state formation.

Katherine Bowie is a Vilas Distinguished Achievement Professor in the Department of Anthropology at the University of Wisconsin-Madison and is former President of the Association of Asian Studies. She received a BA with Distinction from Stanford University and her MA and PhD from the University of Chicago. She has served as Director of UW-Madison’s Center for Southeast Asian Studies, Eisenhower Fellow to Thailand, Fulbright Scholar, President of the Midwest Conference of Asian Affairs, and multiple years on the organizing committees for the Council of Thai Studies (COTS). Specializing in Thailand, her publications include Rituals of National Loyalty: An Anthropology of the State and the Village Scout Movement in Thailand (Columbia University Press, 1997); Voices from the Thai Countryside: The Necklace and Other Short Stories of Samruam Singh (University of Wisconsin Southeast Asia Series, 1998), and Of Beggars and Buddhas: The Politics of Humor in the Vessantara Jataka in Thailand (University of Wisconsin Press, 2017). Her articles have appeared in such journals as American Anthropologist, American Ethnologist, Journal of Asian Studies and Comparative Studies in Society and History.