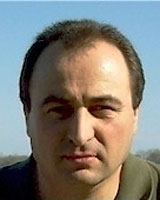 Philosophy as an Art of Dying

There are limit-situations when philosophers need something stronger than words to express themselves. Under such radical circumstances, when words and arguments irremediably fail, these philosophers (Socrates, Hypatia, Thomas More, Giordano Bruno, Edith Stein) are still left, paradoxically, with a very effective persuasive tool: namely, with the spectacle of their dying bodies. Socrates’ death was the most effective means of persuasion he ever used, and over the centuries he has come to be venerated in many circles not so much for what he did when he was alive, but precisely for the way he died. This interdisciplinary project aims at mapping out – conceptually and historically – the limit-situation in which these philosophers find themselves when the only means of persuasion they have access to is their own body and the use they can make of it by dying a martyr’s death. Drawing on developments in religious studies (martyrology), the project combines a philosophical approach (phenomenology of death/dying) with intellectual history (examining individual cases of martyr’s deaths).

Costica Bradatan received his PhD in Philosophy from the University of Durham (England) in 2004 and is currently Assistant Professor of Honors at Texas Tech University. He also taught at Cornell University, Miami University, as well as at several universities in Europe (England, Germany, Hungary and Romania). His research interests include Continental philosophy, history of philosophy, East-European philosophy, and philosophy of literature. His work has appeared in English, Romanian, Portuguese, Spanish, Dutch and Polish. Bradatan’s most recent book The Other Bishop Berkeley. An Exercise in Reenchantment was published with Fordham University Press in 2006. He is also the author of two other books (in Romanian): An Introduction to the History of Romanian Philosophy in the 20th Century (Bucharest, 2000) and Isaac Bernstein’s Diary (Bucharest, 2001; New York/Nijmegen, 2002), as well as of several dozens of scholarly papers, essays, encyclopedia entries, book translations and book reviews. He has guest-edited a special journal issue on “Philosophy as Literature” for The European Legacy (Summer 2009) and another on “Philosophy in Eastern Europe” for Angelaki (forthcoming 2010).