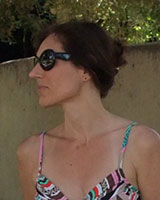 Networks of Secrecy in the English Civil Wars and Interregnum

The period from 1642 to 1660 is highly significant since it marks a moment of upheaval in English society, during which notions of monarchical secrecy (the king’s divinely ordained prerogative to rule and the ancient notion of the arcana imperii) were called into question. At the same time, Parliamentarian leaders struggled to reconcile the exigencies of political openness with the necessary protections of concealment and surveillance. This project investigates the notion of secrecy from a literary and historical perspective, paying attention to secret writing, invisible ink, and the transmission and interception of secret messages both during and immediately after the English civil wars. Its force as a literary study comes from a desire to reconcile the most exciting aspects of recent work on early modern material culture with the earlier political dimensions of cultural materialism. We have been conditioned to think of secrecy as undesirable in a modern society, yet even the most progressive, utopian democracy, priding itself on its public transparency and openness, must be brought into being again and again through the medium of the secret ballot. By looking at the ways in which secrecy functioned in English society during a time of violent turmoil, this project investigates this paradox.

Karen Britland is a resident fellow at the Institute for Research in the Humanities and a professor in the English Department at the University of Wisconsin-Madison. She researches and teaches on early modern literature, especially Shakespeare and women’s writing. She is the author of Drama at the Courts of Queen Henrietta Maria (Cambridge, 2006), and has also edited Elizabeth Cary’s play The Tragedy of Mariam (New Mermaids, 2010) and James Shirley’s The Imposture (Oxford, forthcoming).