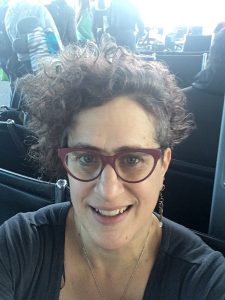 A is for Asylum: A Historical Glossary of the Words We Use for People on the Move

By investigating the terms used to describe them, A is for Asylum compares the experiences of very different migrant cohorts, as well as shedding light on long-standing controversies such as currently inflamed discussion around the global refugee crisis. It opens avenues of comparison and common ground between migrant groups often considered quite separately, such as caravans traveling to the U.S. Mexico border and “Syrian” refugees- more aptly described as a multinational, multi-ethnic cohort fleeing instability in the Middle East and the Horn of Africa. Importantly, the work integrates indigenous people, displaced in the process of nation-formation and the construction of the category of national citizen, into consideration of migrant and refugee populations.

I am a writer and historian living in Milwaukee, Wisconsin.  Written for a popular audience (as one of my daughters put it, “your woke consumer at Urban Outfitters”), my forthcoming book, A is for Asylum Seeker: Words for People on the Move (Fordham University Press, early 2020) attempts to sort the meanings and historical genealogies of the inflated and sometimes incendiary contemporary terms used to describe migrants.  I am also working on more academic engagements with these impacted terms. My previous books include: Against the Deportation Terror: Organizing for Immigrant Rights in the Twentieth Century (Temple University Press, 2017), an edited volume, Immigrant Rights in the Shadows of Citizenship (New York University Press, 2008) and Immigration and the Political Economy of Home: Caribbean Brooklyn and American Indian Minneapolis, 1945-1980. In addition, I write frequently for various popular publications and I am working on a novel, Holy Toledo. Since 2017, I have been Faculty Editor for the American Association of University Professors’ Journal of Academic Freedom.