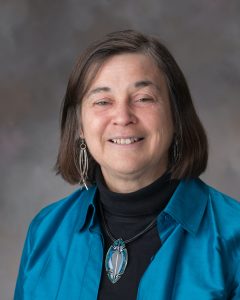 The Religious Republic of Letters: Correspondence Networks in Reformation Germany

The Religious Republic of Letters examines the correspondence network connecting two dozen humanists, pastors, and teachers in Switzerland and South Germany between 1510–1550. This network is the missing link between the initial phase of the Republic of Letters shaped by Erasmus and the broader “commonwealth of learning” of the later sixteenth century. My research draws on a relational database of letters containing almost 1800 correspondents and metadata for over 20,000 letters. I am using spatial visualization software and network analysis to describe the formal structure of this correspond¬ence network and show how it evolved over time. I am also analyzing the contents of the letters using four themes: knowledge transfer, institutional reform, the expression of affect, and the formation of identity. My book bridges the artificial divide between humanism and the Reformation, making clear how much sixteenth-century religious and educational reform owed to Erasmian humanism, and it highlights the emergence of char¬acteristics central to the later, more secular republic of letters.

Amy Nelson Burnett is Paula and D.B. Varner University Professor of History at the University of Nebraska-Lincoln, where she teaches early modern European history. Her research focuses on the dissemination of the Reformation in south Germany and Switzerland through print, preaching, and educational reform. Her most recent book, Debating the Sacraments: Print and Authority in the Early Reformation (2019) completes a study begun with Karlstadt and the Origins of the Eucharistic Controversy: A Study in the Circulation of Ideas (2011). The two books offer a detailed analysis of how authors, editors, translators, and printers shaped public debate in the early Reformation. Burnett is also the author of Teaching the Reformation: Ministers and their Message in Basel (2006), which won the Gerald Strauss Prize of the Sixteenth Century Society and Conference, and co-editor of A Companion to the Swiss Reformation (2016). She has received fellowships from the Guggenheim Foundation, the Alexander von Humboldt Foundation, the American Philosophical Society, and the Fulbright Scholar Program.