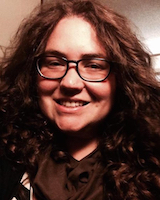 All Flesh Is Grass: A New Agrarian History of Britain’s Settler Empire

What does the history of British colonial settlement look like at the level of clover and cowpats? What about at the level of Crown Land and Corn Laws? Capps’s book manuscript, “All Flesh is Grass” is a hybrid ecological/agrarian history of British settler colonialism that considers the political, economic, and intellectual development of the Empire alongside its climatic, geological, and biological frameworks. Settlers brought with them plants, animals, and diseases that, as Alfred Crosby argues, did their own “colonizing” in these new places; but the independent biological processes that helped Europeanize the landscapes of settler colonies cannot be divorced from the political, economic, and intellectual history of the Empire as a whole. Using archival research from Australia, South Africa, Sierra Leone, Canada, and New Zealand as well as data from the life and geophysical sciences, Capps brings the global in conversation with the local, examining a myriad of factors–climate, soils, indigenous encounters, political ideologies, local and global markets, emigration and land policy, labor systems, plant ecology– that shaped agricultural settlement in the long nineteenth century. By highlighting both the literal and figurative grassroots this expanding empire, the project connects the economic anxieties, scientific aspirations, ideological tensions, and political maneuverings of British elites in the Colonial Office with the microscopic but singularly important process whereby nutrients cycle through the roots of plants and guts of animals. Through this “eco-agrarian” analysis, Capps explores the tension between the dismal science of limits and thresholds and the progressive science of abundance and potentiality that characterized colonial agricultural development in the nineteenth century, tensions that endure today in debates on climate change, food security, and environmental degradation.

Maura Capps grew up and then taught high school in a rural community in South Carolina at the foot of the Blue Ridge Mountains. Her early academic interests were shaped by the daily interplay between landscape and history, environment and economy, and agriculture and politics in this region. She received her Ph.D. in History at the University of Chicago in 2016, specializing in environmental history and the history of Britain and the British Empire. Her research and teaching interests include global environmental history, history of conservation, food history, comparative colonialisms, history of agricultural science and technology, climate change, and global population and emigration. Her research has been supported by the Nicholson Center for British Studies, the Social Science Research Council, and the American Council of Learned Societies.