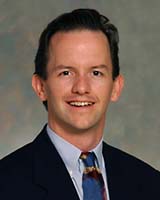 During the intellectual revolution of the seventeenth century, there was heated debate about teleological explanations, or the use of final causes for explaining natural phenomena. The debate centered primarily around the attempt to explain natural phenomena in terms of divine purposes, and thus the appropriateness of bringing theological considerations into natural science. This book-length project investigates how the retention of the Aristotelian final cause played out in the hands of some of the leading natural philosophers of the early modern period: Robert Boyle, Gottfried Leibniz, Isaac Newton, and George Berkeley. All of these figures of the intellectual revolution insisted that the Aristotelian framework of final causes is useful and important despite criticisms from many of their well-known contemporaries, such as Thomas Hobbes, René Descartes, and Baruch Spinoza.

Laurence Carlin is Associate Professor of Philosophy and a member of the University Honors Faculty at University of Wisconsin-Oshkosh. His work focuses primarily on the history of modern philosophy and science (seventeenth and eighteenth centuries), though he has also published in contemporary philosophy of religion. He is the author of The Empiricists (Continuum, 2009), and a number of papers in various journals, including Journal of the History of Philosophy, Journal of the History of Ideas, History of Philosophy Quarterly, and British Journal for the History of Philosophy. Carlin (Franklin and Marshall College (B.A.), University of Houston (M.A.), Rice University (Ph.D.)) has received a number of awards, including a grant from the National Endowment for the Humanities, and was selected for an NEH Institute and an NEH Seminar. He is a winner of the Colin and Ailsa Turbayne International Berkeley Essay Prize Competition, as well as a winner of the Leibniz Society International Essay Competition. He was recently awarded the UW-Oshkosh Honors Program Outstanding Teaching Award.