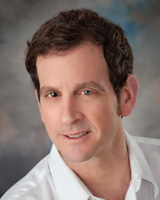 Long a pejorative word since its associations with the flag-waving and jingoism surrounding U.S. participation in World War I, “propaganda” would hardly seem a useful concept for understanding democracy. After all, spreading false information, manipulating facts, and other propaganda techniques are preferred by totalitarian states, not democratic ones. This book project questions such conventional wisdom by examining how popular consent and public opinion in early America relied on the spirited dissemination of rumor, forgery, and invective. Propaganda 1776 considers the extent to which the dispersal and circulation—indeed, the propagation—of information and opinion across the various media of 18th-century print culture helped speed the flow of transatlantic republicanism. The spread of revolutionary material in the form of newspapers, pamphlets, broadsides, letters, songs, and poems across British North America (and later the United States) created multiple networks that spawned new and often radical ideas about political communication.

Russ Castronovo is Dorothy Draheim Professor of English and American Studies. He has written widely on American literature and culture on topics ranging from eighteenth-century communications to Wikileaks. His books include Beautiful Democracy (Chicago, 2007), Necro Citizenship (Duke, 2001), and Fathering the Nation (Berkeley 1995). He has also edited several volumes on American studies, democracy, and U.S. literary history, and has served on the editorial boards of American Literature and American Quarterly.