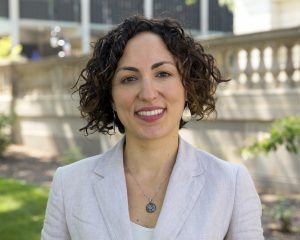 My second book (in process) stitches together two histories typically told separately: the history of decolonization in the final quarter of the twentieth century and the simultaneous transformation of state welfarism in Europe. In doing so, it sheds light on why Western Europe’s leading countries cut social service spending, implemented regressive tax schemes, deregulated industry, and encouraged the privatization of publicly owned businesses, starting from the last quarter of the 20th century. Failed Globalists suggests that the decline of the Western European welfare state should be understood from the inside out, as a story which closely involved the continent’s socialist and social-democratic parties–parties that were at the helm when countries like West Germany, France, Spain, and Italy embraced austerity. I argue that socialist and social-democratic parties did so as part of a broader shift away from older models of economic justice, in a failed attempt to re-globalize socialism and respond to decolonization and calls to fight racism at home and North-South inequality abroad.

Giuliana Chamedes is Mellon-Morgridge Associate Professor of European International History at the University of Wisconsin, Madison. Her first book, A Twentieth-Century Crusade: The Vatican’s Battle to Remake Christian Europe, came out with Harvard University Press in 2019. Her work has been published in The Journal of Contemporary History, Contemporary European History, French Politics, Culture, and Society, and in numerous edited volumes. She has received support for her research from the American Council of Learned Societies, the Mellon Foundation, and the DAAD, among others.