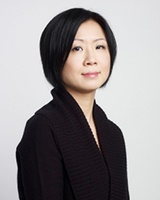 Diaspora’s Homeland: Modern China in the Age of Global Migration

Part of the modern world’s first wave of migration, over twenty million Chinese moved and settled overseas between 1840 and 1940. As many transformed societies elsewhere, what was their impact on China? This project explores how a century of mass emigration contributed to the rise of “diaspora” in Chinese global consciousness, just as China rapidly became a “homeland.” Based on ideas of fixed, essential ties, the diaspora remade Chinese nation and culture by conjuring new actors, agendas, and knowledge about China in the world. Appearing to cross the purported divides of East and West, native and foreign, feudal and revolutionary, the diaspora also represented a unique promise and threat to the homeland and beyond. In sum, diaspora in the Chinese experience seemed less like a set of communities, and more as a series of moments in which Chinese ties emerged and re-emerged for adaptation and debate in a globalized world.

Shelly Chan is an Assistant Professor of History at UW-Madison, holding the new position of Asian diasporas since 2011. Her work focuses on diaspora in the Chinese experience, asking how it created and transformed Chinese history, culture and identity in the nineteenth and twentieth centuries. With articles soon to appear in The Journal of Chinese Overseas and The Journal of Asian Studies, Chan is also the recipient of a Junior Scholar Grant from the Chiang Ching-Kuo Foundation for International Scholarly Exchange in 2014-15. Chan received her Ph.D. from the University of California-Santa Cruz in 2009, where she trained in modern Chinese, East Asian and world history. Her other interests include gender, ethnic, postcolonial and cultural studies, as well as Southeast Asia. Before coming to UW, she was Assistant Professor of Pacific and Asian Studies at the University of Victoria in Canada. She is at work on a book entitled Diaspora’s Homeland: Modern China in the Age of Global Migration.