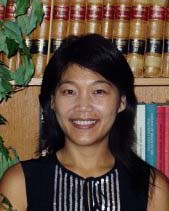 This project develops how the effectiveness of U.S. cold war policies to contain communism and promote democracy abroad depended on creating a racially integrated America following the onslaught of communist propaganda deriding U.S. racism during the early cold war years from 1946 to 1965. I argue that the link established between the fight against racism and the fight against communism, or cold war democracy, not only supplied a convincing rationale prompting the government to support legislative reforms that curbed segregation; it also functioned to guide how popular press as well as sociological, historical, and literary studies developed the need to examine and report on the status of racial minorities. Additionally, it operated to shape public interest. As a world view, cold war democracy worked to displace the image of the U.S. as a segregated nation with a competing vision of an integrated America. But since winning the cold war was tied to the vision of racial equality, stories on desegregation emphasized the ability of American democracy to overcome racism and blocked accounts that undermined its credibility. As a result, even as cold war democracy promoted a vision of America that was on its way to eradicating racial injustice, it nevertheless sanctioned the persistence of racism to limit the formation of a socially equitable society.

Cindy I-Fen Cheng is an assistant professor in the Department of History and the Program in Asian American Studies at UW-Madison. Her research and teaching interest include Asian American history and culture, cold war culture, and urban studies. She is working on her first book manuscript, Locating Race in Cold War America, at the IRH.