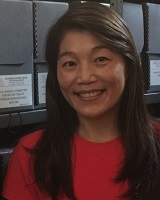 “Race, Immigration, and Urban Poverty: The Growth of California’s Skid Rows, 1945-1990” is a book-length study that examines how the residence of Central American refugees in Los Angeles Skid Row and Southeast Asian refugees in the Tenderloin District of San Francisco during the 1980s shaped the broader history of homelessness in the U.S. Their residence in California’s skid rows contributed to the rise of homeless women and children, expanded the multiracial character of the extremely poor population, and revealed how skid rows emerged as key sites of refugee resettlement. The attention to U.S. Cold War politics adds a new dimension to the study of homelessness, where the nation’s intervention in the affairs of Southeast Asia and Central America worked together with deindustrialization and deinstitutionalization to affect the rise in extreme poverty. This study is well positioned to appeal to a broad audience, bringing together the themes of war and society, refugee resettlement, and urban poverty.