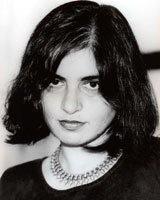 This book project is a study of the role of native communities in the physical transformation of Bombay between 1854 and1918. Exploring the impact of encounters between different racial, religious, ethnic, and socio-economic groups, the focus of the monograph is on the distinct ways in which cultural changes altered the urban fabric. During this dynamic period, colonial Bombay was not simply the result of ideas emanating from Britain. Instead, it was the product of a cultural encounter between Indians and the British colonial regime. Here, the city was shaped by the spatial interventions of a variety of groups in a context of unequal power relations. By emphasizing the role of native communities in the construction of colonial Bombay, this project builds on my first book, A Joint Enterprise: The Indian Making of British Bombay, 1854-1918. However, in contrast to the former’s emphasis on the role of elites, particularly wealthy native philanthropists and formal processes of planning, my current project foregrounds everyday life and informal processes by which various communities and groups (defined by race, ethnicity, religion, class, gender, and occupation) constructed and remade the city in their interaction with the colonial state. The title of my monograph The City and its Fragments, acknowledges that the city was both fragmented (spatially by race, religion, and community) and yet came together from time to time as an intellectual idea and as a spatial arena. I argue that these processes of coming together contributed to a sense of a singular city that different communities felt they had a stake in, thus suggesting the existence of a common ground at the urban level.

Preeti Chopra is Assistant Professor of Visual Culture Studies in the Department of Languages and Cultures of Asia and Design Studies Department. Her research concentrates on architecture and urbanism in South Asia, with a focus on western and more recently, northern India in the colonial and postcolonial context. Chopra’s work has addressed such diverse themes as the practices of naming, charity and philanthropy, the place of religion in the secular public realm, architectural style and its meaning, and the heritage movement in postcolonial Bombay. Chopra teaches classes on taste, colonial spaces, the visual cultures of South Asia, and the cities of Asia. Her forthcoming publications include A Joint Enterprise: The Indian Making of British Bombay, 1854-1918 (University of Minnesota Press, in press). At the IRH she is working on her second book manuscript The City and its Fragments: Colonial Bombay, 1854-1918.