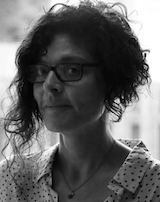 The Voices of Ganymede: Latin Homoerotics in Medieval Europe

This project examines the cultural and material contexts of Medieval Latin literary texts produced during the eleventh and twelfth centuries that discuss or portray same-sex encounters between men. I bring questions about same-sex sexuality to texts that depict the Classical figure of Ganymede, a by-word for same-sex relations, and I put these texts into dialogue with the manuscripts in which they survive to provide for a richer appreciation of the contexts in which they were read and circulated. I show that medieval responses to Ganymede were not uniformly pro or contra same-sex desire, but that he was deployed instead in different ways to admonish and teach correct behaviour, to display knowledge of Classical Latin literature, and to play with Latin language and grammar.

Tina Chronopoulos is an Assistant Professor of Classics and Medieval Studies at the University of Binghamton, State University of New York, where she teaches a range of courses in Latin language and literature, as well as in Classical civilization and medieval studies. She is a Medieval Latinist, with particular interests in twelfth-century Latin literature written in the Anglo-French cultural realm and the manuscripts in which these texts survive. Her past research has focused on the reception of Classical Latin literature in the medieval period and the medieval Latin legend of St Katherine of Alexandria.